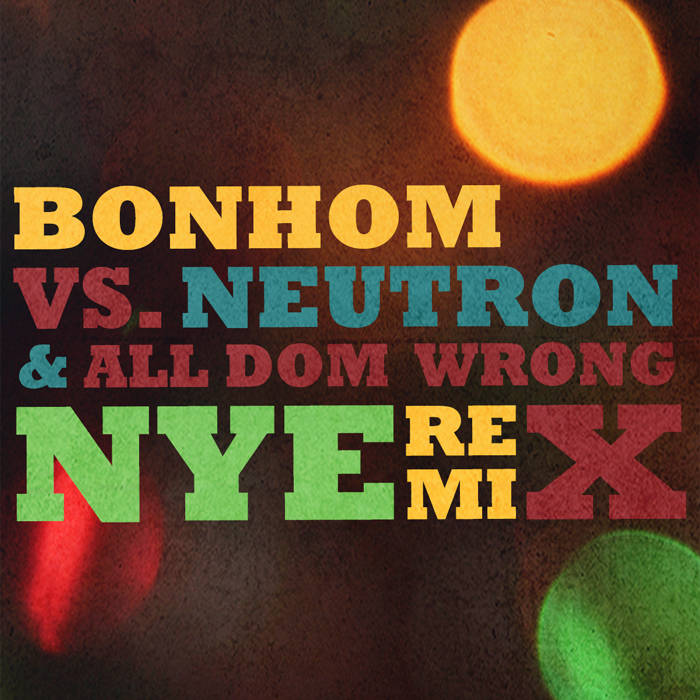 Just in time to ring in the New Year, Bonhom releases two new remixes of their single, "NYE". The original slowly builds from a bass-driven atmospheric refrain into a party rock anthem, while the remixes infuse the song with the energy of dubstep, nu disco and house.

Remixes by The Last Port and Didi Tokaoui take the original in polar opposite directions adding something wholly new and unique while Plant Music founder All Dom Wrong, brings an ethereal vibe with his fresh hybrid of techno and house.  With the second mix, Producer/DJ duo Neutron delivers an in-your-face, head banging dubstep track.  Neutron, comprised of producers Laze and Royal, are the team behind some of the hottest hits from Tyga, the Game, Chris Brown, Ke$ha and more.

“NYE” was produced by Bonhom, a new pop project co-created by two musical masterminds: singer-songwriter/producer, James Coleman and DJ/producer/songwriter, Diwon. Together, they produce their own unique brand of epic dreamlike pop. As we count down to New Year's Eve, we will undoubtedly sing along as Coleman belts out his affirmations: "We’re Traveling Our Destiny, This Is Our Message Feed: It Feels Like New Years Eve, And We’re Ready For Anything".

Their latest single, "Live for Now" blended danceable beats with dreamy vocals, creating a classic pop sound imbued with a modern 2013-style production. Their latest video teaser was set to the to infectious party anthem "Animal." Their songs compel listeners to live in the moment, let go of the past, and embrace the future. With a fantastic fusion of their musical talents, Coleman and Diwon produce the songs of which dreams are made.

**** Check out their latest single, "Live for Now" which includes a remix by Neutron and a much anticipated music video slated for premiere on January 4th! - bancs.bandcamp.com/album/live-for-now

Produced by Diwon and James Coleman