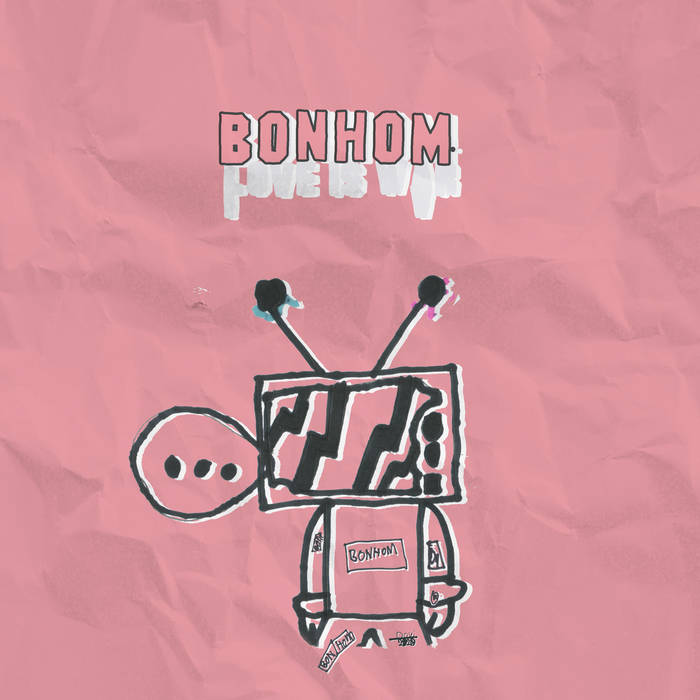 Some of the best art has come from isolation, so as we quarantine ourselves during this strange and trying time, artists like Bonhom, made up of James Coleman (Sirken) and Diwon (who also produces as h2the) are using the adversity to create positivity. In the last week they have put the final touches on their third album, “Love Is War”.

The album has a post apocalyptic feel to it with hints of the 90’s throughout. The album art was done by Diwon’s 9 year old son, Dovi Safar. Safar is in 3rd grade, and has a keen eye for composition and color with influences from street art, skating, and fashion. He brought his signature style to the cover which plays off Bonhom’s first album cover, “Sex War”, which centers on a Television set.

“Love is War”’s, intro song gives the listener a taste of what’s to come, dark alternative rock, updated for 2020 with infectious hip hop beats, layered synths and the undeniable production which seems to blend so perfectly with Coleman’s voice, it’s as if Depeche Mode got together with DJ Shadow to create a soundtrack to the times surrounding the COVID-19 Coronavirus.

“Still Alive” paints a picture of the thoughts and feelings of these times, as Coleman sings, “Do you want to live, like you will die, tonight or tomorrow?” and moves to the chorus, repeating, “We are still alive, we’re still alive”. “Just Wanted You Love” was the first song to be released off the album and is clearly influenced by Nine Inch Nails’ “Pretty Hate Machine”. “Stand by Me (just 6 feet away)” is a cover of the classic, but produced in a way that no one could have imagined, was released for free yesterday. "Light of the Sun", was the second official single to be released, and brings Bonhom's signature genre-defying style to it as Coleman asks, "Are you having fun with a loaded gun, aimed right at my heart?" as he moves to the hook proclaiming, "Love is War”.

Songs by Bonhom find themselves all over TV having been played and premiered on Bravo, Lifetime, and MTV, and premiered on shows such as Marvel's Runaways, Vanderpump Rules, Elementary, and Witches of Eastend with their second single "NYE" being remixed by producers in over 35 countries.

The two, with the help of super engineer Scott McKay Gibson, defy genres and labels as they blend elements of folk, pop, hip hop, edm and rock into the unmistakable sound that is Bonhom.