Love Is Not The End 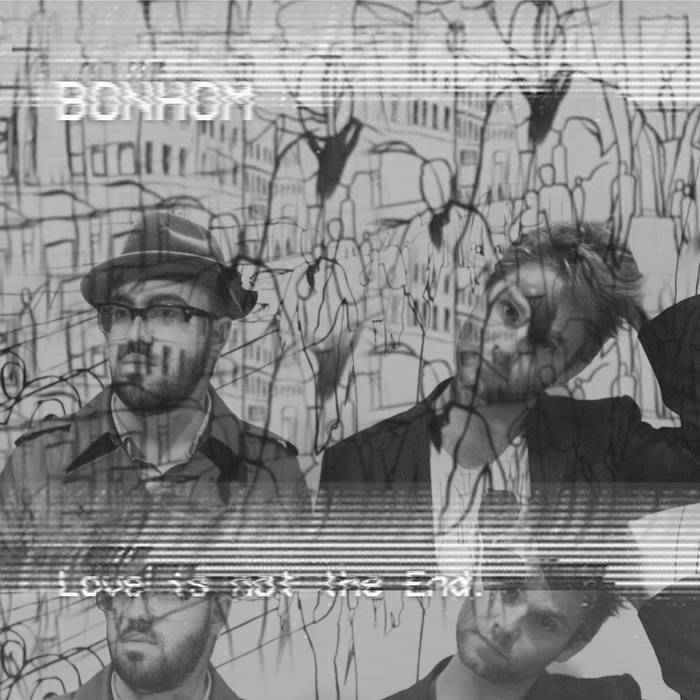 "Bonhom, rising from record Sex War, has swiveled their post rock and dream pop sound into something unique. Love Is Not The End is a diamond of stellar constellations. This sophomore LP achieves where many fail." - IndieBandGuru.com

Bonhom, made up of James Coleman and Diwon (who also produces as h2the) have released their sophomore album, “Love Is Not The End”. This is a follow up album to their much anticipated dreamy-pop record, "Sex War". Seven of the tracks from their first album have already been played on Bravo, Lifetime, and MTV, and premiered on shows such as Vanderpump Rules and Witches of Eastend with their second single "NYE" being remixed by producers in over 35 countries.

The theme of their current album is the ever changing cycle of life and love, on “Love Is”, James sings “Love is something perfect, something endless, but we destroy it”, while on "This Is Not The End”, he sings “Feel this heart, it’s broken, heal with eyes wide open, still this is only the beginning” on a track as chill as Washed Out’s "Feel It All Around" leaving the listener with hope and anticipation as the chorus repeat, “This is not the end…”.

"Lift Up My Soul" gets revisited on this album with some production additions including an epic build that sounds like Christopher Nolan was sitting shot gun with the next Batman film in mind. In the end “Set You Free” sums it up with the lyrics, “You are the only one, you are the only one who could set you free”.

The two, with the help of super engineer Scott McKay Gibson, defy genres and labels as they blend elements of folk, pop, hip hop, edm and rock into the unmistakable sound that is Bonhom.