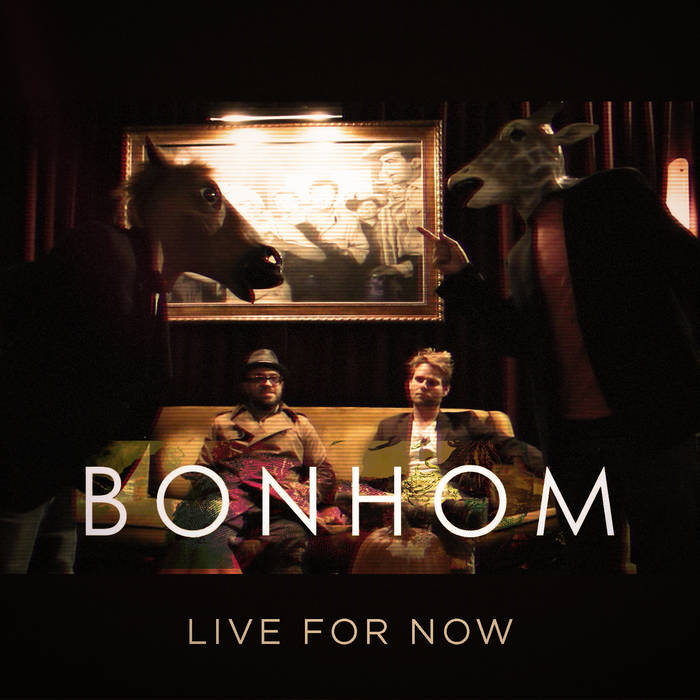 "Live for Now" is the first single off the forthcoming Bonhom LP. The release contains a remix by Dubstep duo, Neutron - made up of Hollywood producers,Laze & Royal responsible for some of the hottest songs by Tyga, The Game, Chris Brown, Ke$ha and more.

“Live For Now” was produced by Bonhom, a new project co-created by two musical masterminds: singer-songwriter/producer, James Coleman and DJ/producer/songwriter, Diwon. Together, they produce their own unique brand of epic dreamlike pop.

With the release of their "Live For Now" song and music video, Bonhom defines the style of Dream-Pop. From the danceable beat to the dreamy vocals, it combines a classic pop sound infused with a modern 2013-style production. The song is about living in the moment, letting go of the past, and embracing the future.

Bonhom blends pop, rock, and electronic elements to create innovative tracks ranging from their heartfelt prayer of "Sandy Be Gentle" (a musical plea for the East Coast during Hurricane Sandy) to infectious party anthems like "Animal." With a fantastic fusion of their musical talents, Coleman and Diwon produce the songs of which dreams are made.