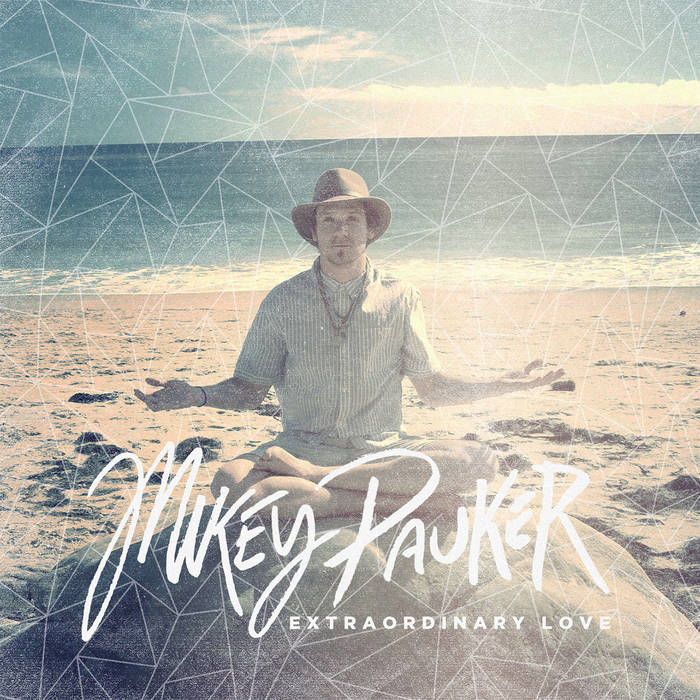 Electronica. Acoustic guitar. Hip-Hop. And God. For Mikey Pauker, it was only natural to share his divine experiences through music. The album is a seamless blend of folk, electronica, pop, hip-hop, and reggae, weaved together by Pauker's divine experiences with ancient texts that pulse through the artist's veins and enter listeners' hearts.

Extraordinary Love's title track jumps right in with Pauker singing, "You're powerful, extraordinary love." It's a theme that returns with songs like the dreamy "Top of the World" and the reggae-enfaced "Plenty of Love," which features Jamaican dancehall artist Tj Di Hitmaker and Israeli-expat artist Lior Ben-Hur.

Pauker's beautiful melodies and unique lyrics convey his desire to connect people with their inner light. His words, "The light, the light, I feel you, I found the rhythm of your soul yes it beats true," from the song "The Light," feature ex-Hasidic, gay rapper Y-Love. The folk meets hip hop on this track, a musical illustration of Pauker's love that knows no boundaries.

Diwon is known to the US for his Middle Eastern samples and Baltimore club beats. Worldwide, he is famous for his remixes of pop acts like Lana Del Rey and The XX.

Pauker has shared the stage with Trevor Hall, Matthew Santos, Matisyahu, Idan Raichel, and The Local Natives, among other artists. With captivating performances at SXSW, a prime time spot at Jacob's Ladder Festival in Israel, and headlining the Steven Gottleib Music Festival, Pauker is making big waves that will only get bigger.